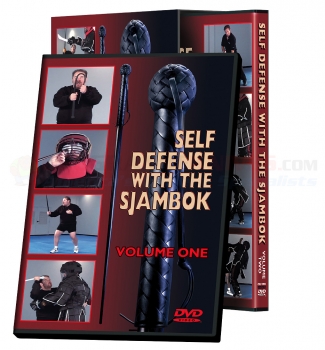 This product is no longer available, but don't go just yet.

Cold Steel VDFSK Self Defense w/ Sjambok DVD Set. In addition to its use as a cattle prod, whip, and a means of self protection, the African Sjambok is also known as a formidable snake killer. Its considerable reach, lightning speed and devastating impact make child's play of dispatching some of the biggest snakes. And you can imagine how devastatingly effective it is on two legged predators as well. A light blow can raise a serious welt while a heavy stroke can cut through thick clothing as efficiently as a razor, leaving a fearsome yet non-lethal wound.

In this new DVD, entitled Self Defense with the Sjambok, Lynn Thompson, President of Cold Steel and Chief Instructor of our training division will teach you how to use the sjambok to defend yourself and your loved ones.

My order was delivered yesterday thank you for your fast service. I would definitely recommend you and buy from oso grande in the future. Ps I love the sebenza : )
--Elliott W - Huntington Beach, CA 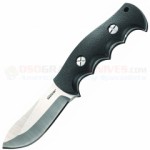