A Brief History of the Bokken

The bokken is a Japanese training weapon used when learning the art of the sword. Originally, the wooden bokken was most likely copied from similar training tools in China. The bokken, or boken, became popular as a training sword during the Muromachi period in Japan, between 1336 and 1600 A.D. during the beginning of the age of the samurai and one on one combat.

Oso Grande shipped fast, and was incredibly responsive to my questions by email. They are first rate no matter what you order from them.
--Mac - Spokane, WA 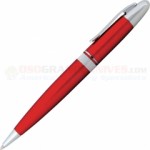