There are several noticeable differences between European swords and those forged in the East in countries like Japan, Thailand, and China. Most oriental swords are lightweight and have a slim blade. In addition, several oriental swords, such as those used by the Japanese samurai, have a small hilt with no separation between the hilt and the blade. Because of the relative size of the blades, sword fighting in the East was developed around finesse and technique. While this was also done in Europe with slim swords like the rapier, almost all Eastern swordsmen used the slim blades, while most Europeans used broader blades like the long sword or broad sword.
Display: Grid List
Show:
Sort By:
1
Page 1 of 1 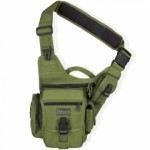