Over half a century of knife making expertise. Browning knife models are so diverse, there is a knife for every indoor or outdoor task you have at hand. Browning knives have taken care of skinning and dressing game and thousands of other jobs for nearly 40 years. Today's Browning knife line is certainly the best ever. With the friendship and partnership between Browning and famed custom knife maker/designer Russ Kommer, Browning knives have reached a new level in quality and functionality. We always said that Browning had every kind of knife you could want. But now it is really true. 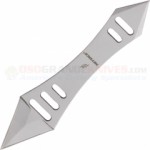