Mora Knives are made in the same Scandanavian knife tradition for over a century using . Once they were made in every home by local craftsmen who passed down their skills from generation to generation. Now as MoraKniv applies the same manufacturing thinking, that is, with rational methods of transferring precision craftsmanship to modern machines. All of Morakniv's products are made in Sweden exemplifying Sweden's tradition of high-quality domestic knife craftsmanship. In 2005 Frosts Knivfabrik and KJ Eriksson merged together to form Mora of Sweden. "The name reflects the important link between our products, the town of Mora, and its Swedish origin. A Morakniv® (Mora Knife) is always a knife from Mora of Sweden." -Mora of Sweden 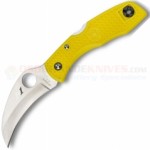