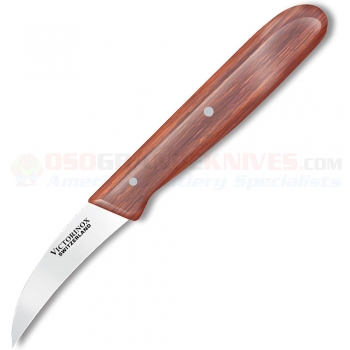 Victorinox Forschner 40007 Paring Tourne Bird's Beak, Light Wood Handle, 2.5 Inch Curved Bird Beak Blade. This Forschner Paring Knife features a bird's beak tip, allowing for tourne cuts, fluted mushrooms, and rosettes as well as simple tasks like removing blemishes from potatoes and cutting softer fruits. It has a rosewood handle, adding a touch of class to any culinary setting. As with all Victorinox knives, the handle is ergonomically designed to minimize wrist tension and provides a natural fit. Hand-washing of wooden handles is recommended.

This honestly is the sharpest knife I have ever owned. I have had it over a year and it is still deadly sharp! I would recommend this knife for everyone!
Related Products

Just an FYI as to why I do business with you. Last Christmas after calling on the status of a knife I ordered, I learned it was out-of-stock. Ultimately you took care of me and expressed mailed-at no charge, the replacement I ordered. The knife arrived on time + you threw in a free small CTR folding knife as well (nice)..
--Dave P - Philadelphia, PA 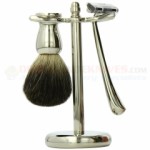