Kit Carson of Vine Grove, Kentucky, is a retired professional soldier, rising to the level of Sergeant Major. He has made knives for 30 years and has been a full-time knifemaker since 1993. He is a voting member of the Knifemakers' Guild. Kit has been an avid hunter and fisherman for over 40 years, growing up enjoying the woods and trout streams in the mountains of north Georgia. About his philosophy of knife design, he says: "I strive to follow form and function in the knives I design and build. My reputation has been built around solid working knives, both fixed blade and folders. All the time spent outdoors as a young man and the time spent around the world with the Army has strongly influenced the knives I create." Nothing reflects this approach more than the Carson Design of our M16 series, which is built for function, not to follow fads. This highly successful knife series was named one of the Top 10 Factory Tactical Folders of the Decade by Blade magazine. The M16- 14M won a comparison test conducted by Germany's Messer magazine.
Display: Grid List
Show:
Sort By:
1 2 > Last »
Page 1 of 2 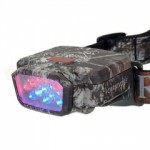